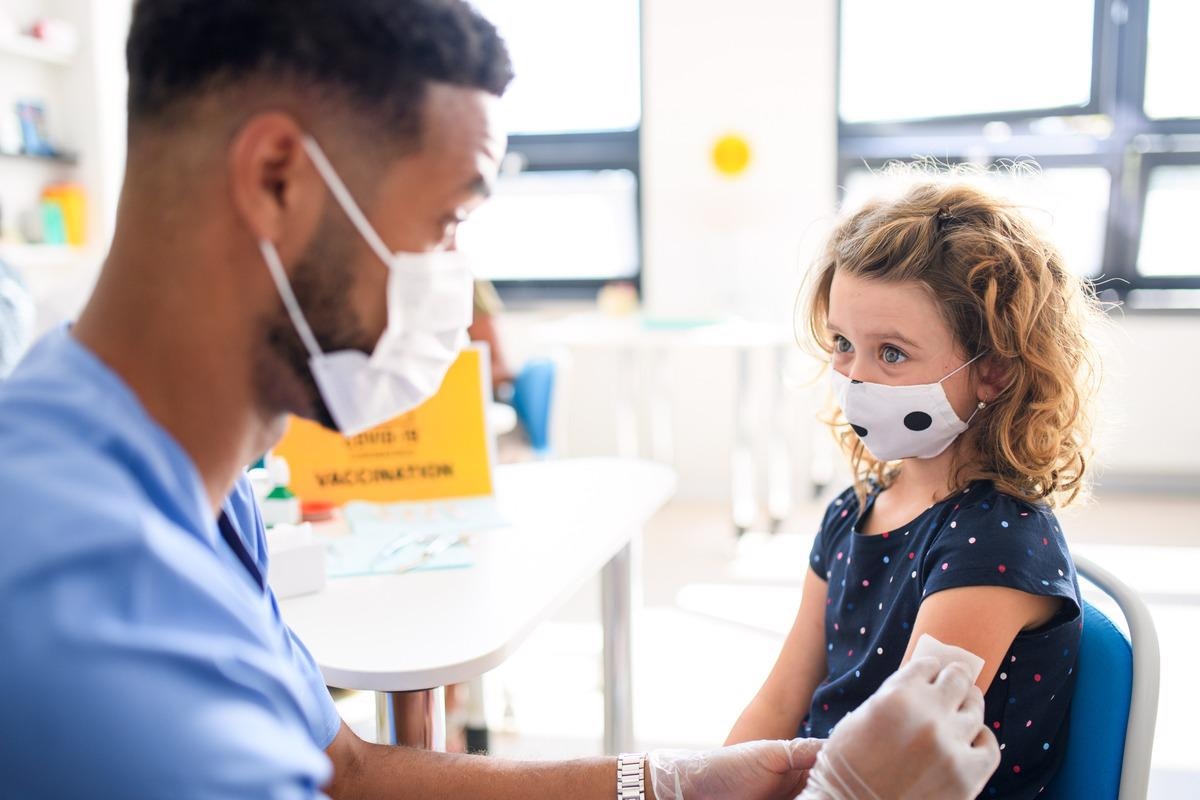 In a recent study published in the American Academy of Pediatrics journal, researchers investigated the safety of coronavirus disease 2019 (COVID-19) vaccines in children in the US.

Severe acute respiratory syndrome coronavirus 2 (SARS-CoV-2) vaccines have played a critical role in curbing the COVID-19 pandemic. However, there is limited data available regarding the safety of the BNT162b2 COVID-19 vaccination in younger children.

The v-safe database established by the Centers for Disease Control and Prevention (CDC) monitored the effects on health post-COVID-19 vaccination. Health-based surveys were sent to guardians or parents through text messages from day 0 to day 7 after the receipt of the vaccine. The surveys were also answered six weeks and three, six, and 12 months after the vaccination. Health questionnaires in the first week included questions related to the injection site and the presence of any systemic reactions. VAERS was set by the CDC and the Food and Drug Administration (FDA) and accepted reports of vaccinated-related adverse effects.

The team collected information from v-safe and VAERS from 3 November 2021 to 27 February 2022 and from the vaccine safety datalink (VSD) from 31 October 2021 to 26 February 2022. The data included information related to children aged between five and 11 years who were vaccinated with the BNT162b2 COVID-19 vaccine.

The study described responses and health effects reported in the health surveys recorded in v-safe and serious and non-serious reports in VAERS. The number of myocarditis cases was evaluated for VAERS and classified according to gender and the number of vaccine doses received. The outcome rates of the VSD data recorded one to 21 days post-vaccination were compared to those recorded after 22 to 42 days after vaccination.

In the v-safe dataset, a total of 48,795 children aged between five to 11 years received the BNT162b2 vaccine who had a median age of eight years including 49.7% of females. Almost 96% of the v-safe participants had received one vaccine dose while 99.3% had received two doses. The study results showed that injection site reactions were reported by 54.9% of the participants after the first vaccine dose and 56.8% after the second dose. On the other hand, systemic reactions were reported by 35.3% of the single-dosed and 41.0% of the double-dosed participants. The team noted that symptoms including injection site pain, fever, myalgia, and fatigue were most commonly reported and were mild to moderate in severity.

The team also observed that 7.6% of the parents reported the inability of their child in performing normal daily tasks the day after the second vaccination, 9.0% reported the inability of the child to attend school, while 0.3% reported that their child required medical care. After the first and second dose administration, a visit to the outpatient clinic was required by 0.7% and 0.6% while hospitalization was required by 0.02% and 0.02% of the vaccinees, respectively.

In the VAERS dataset, a total of 7,578 adverse effect reports were recorded for children aged between five to 11 years who received the BNT162b2 vaccine. The median age of the participants was eight years including 47.0% of females. Almost 97.7% of the participants had received only the COVID-19 vaccine while 2.0% also received the seasonal influenza vaccine. The study results showed that 97.4% of the VAERs reports recorded non-serious events with 5.0% reporting syncope, 5.2% experiencing dizziness, 7.3% fever, 7.3% vomiting, 6.3% headache, 4.5% nausea, 4.2% urticaria, and 4.2% rash. Notably, serious adverse effects were reported by 13.4% with multisystem inflammatory syndrome in children (MIS-C), 10.8% with seizure, 9.7% with myocarditis, 6.7% with appendicitis, and 4.1% with an allergic reaction.

Furthermore, the team identified 45 reports of myocarditis with the onset of symptoms incident zero to 21 days post-vaccination. The reporting rate for vaccine-associated myocarditis was higher in males than in females and was significantly higher after the second dose as compared to the first vaccine dose. The team noted that the reporting rate of myocarditis in males detected zero to seven days after the second dose was 2.2 per one million vaccine doses administered.

Overall, the study findings showed that most of the adverse events reported after the vaccination of the BNT162b2 COVID-19 vaccine in children aged between five to 11 years were mild and showed no safety signals.