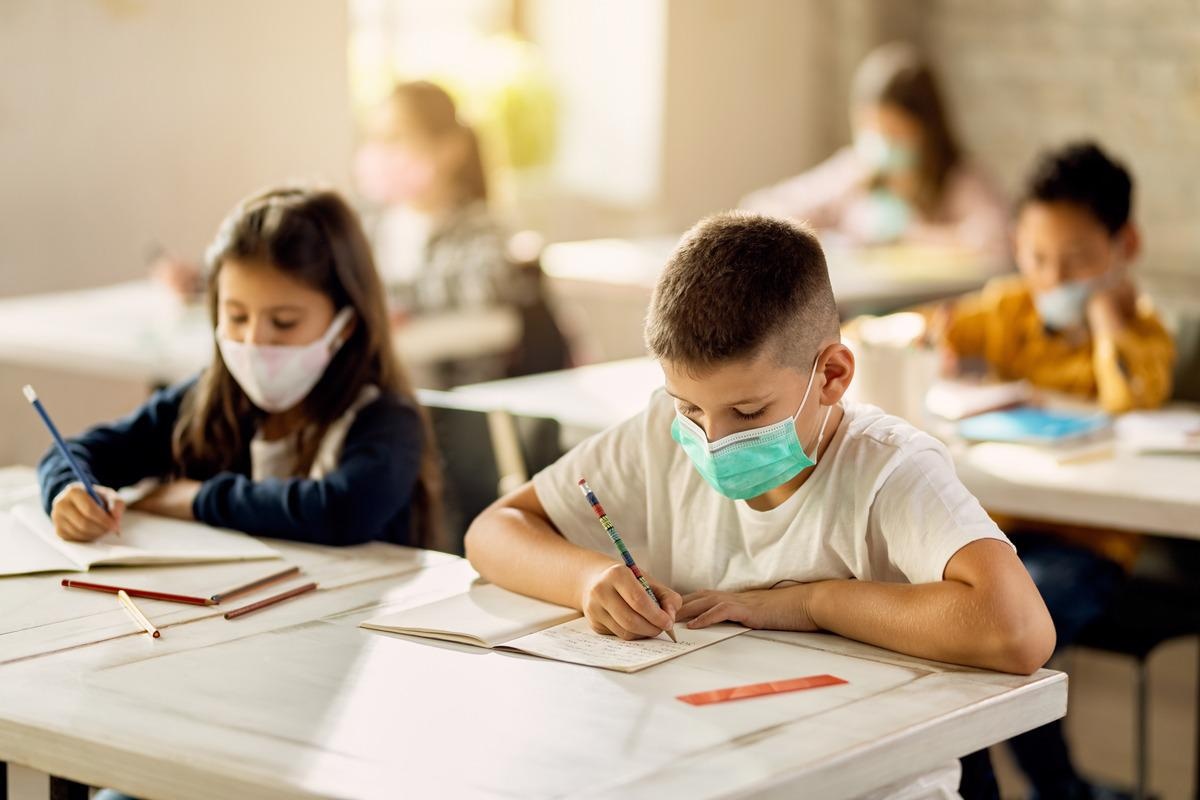 In a recent study published in Pediatrics, researchers evaluated the impact of masking policies in schools on the secondary transmission of coronavirus disease 2019 (COVID-19).

Masking practices have been implemented throughout the COVID-19 pandemic to limit the spread of severe acute respiratory syndrome coronavirus-2 (SARS-CoV-2) in kindergarten to grade 12 (K – 12) schools. Early evidence suggested that masking and social distancing policies at schools prevented them from being drivers of SARS-CoV-2 transmission. Nonetheless, the emergence of the Delta variant raised concerns about a possible within-school transmission, given the high number of community-acquired cases with SARS-CoV-2 Delta than with previous variants.

K–12 schools have adopted various measures given the changing national and local policies. Further, prior studies investigating the impact of mitigation policies used the total number of cases to measure safety in K–12 schools without distinguishing between primary (community-acquired) and secondary (school-associated) cases.

In the current study, researchers estimated the impact of masking policies on secondary transmission in K–12 schools across the United States (US) from July 26, 2021, to December 13, 2021. More than 13,800 school districts were contacted to participate in the survey. Initial surveys included specific questions on demographics, district-level quarantine and masking policies, lunch procedures, close contacts, and vaccination.

The school districts were asked to report weekly data on COVID-19 primary and secondary cases and quarantines for students and staff. Primary infection cases were defined as those acquired in the community, and secondary cases were those acquired in schools. School nurses collaborated with the local public health department to classify primary and secondary infections. The school districts were stratified as having universal, partial or optional masking policies.

A district was defined as having optional or universal masking if this practice was maintained throughout the study period. Those with varying policies were classified as partial, and the most common practices of partial masking involved optional masking at the start of the semester and subsequent transition to universal masking, masking requirement in some grade levels, or when a specific community transmission rate was observed.

The study’s primary outcome was the enumeration of secondary cases resulting from additional primary cases and the calculation of the secondary-to-primary case ratio. Another outcome was to estimate the secondary infection rate adjusted for district size and the number of weeks reporting infection data. The study team performed descriptive analyses on aggregate data. A quasi-Poisson regression model predicted secondary transmission per 100 primary cases. The relative rate of secondary transmission was estimated using universal masking as the reference.

Of over 13,800 contacted districts, 143 expressed interest in participating, and 85 districts completed the initial survey on policies. Of these, 73 districts provided at least a week of infection/quarantine data. Among the 73 school districts, 67 reported data as primary and secondary, and the regression analysis included 61 districts as six districts reported inconsistently throughout the study period.

These 61 districts comprised more than 1.1 million students and over 150,000 staff attending in-person across nine US states. On average, the districts reported 13.5 weeks of infection data. There were 40,601 primary cases and 3085 secondary cases. The aggregate secondary-to-primary infection ratio was 0.08. Optional masking was implemented in six districts, partial masking in six, and universal masking in 45 districts.

Univariate analyses revealed no differences in secondary cases at elementary, middle, or high school levels. With 100 additional primary infections, 7.3 secondary cases were expected in districts with universal masking and 11 and 26.4 secondary cases in those with partial and optional masking policies, respectively.

The results were consistent in an additional analysis adjusted for district size and weeks reporting data. The predicted rate of secondary transmission in optionally masked districts was 7.5 times that of universally masked districts. Likewise, universal mask usage resulted in an 87% decrease in secondary cases than optional masking.

Although the study cohort was large and diverse, it included districts from nine states and is not nationally representative. Providing schools with the necessary tools to monitor real-time transmission data allows them to respond to changing national guidelines and adjust their preventive measures to ensure safer and seamless in-person education.