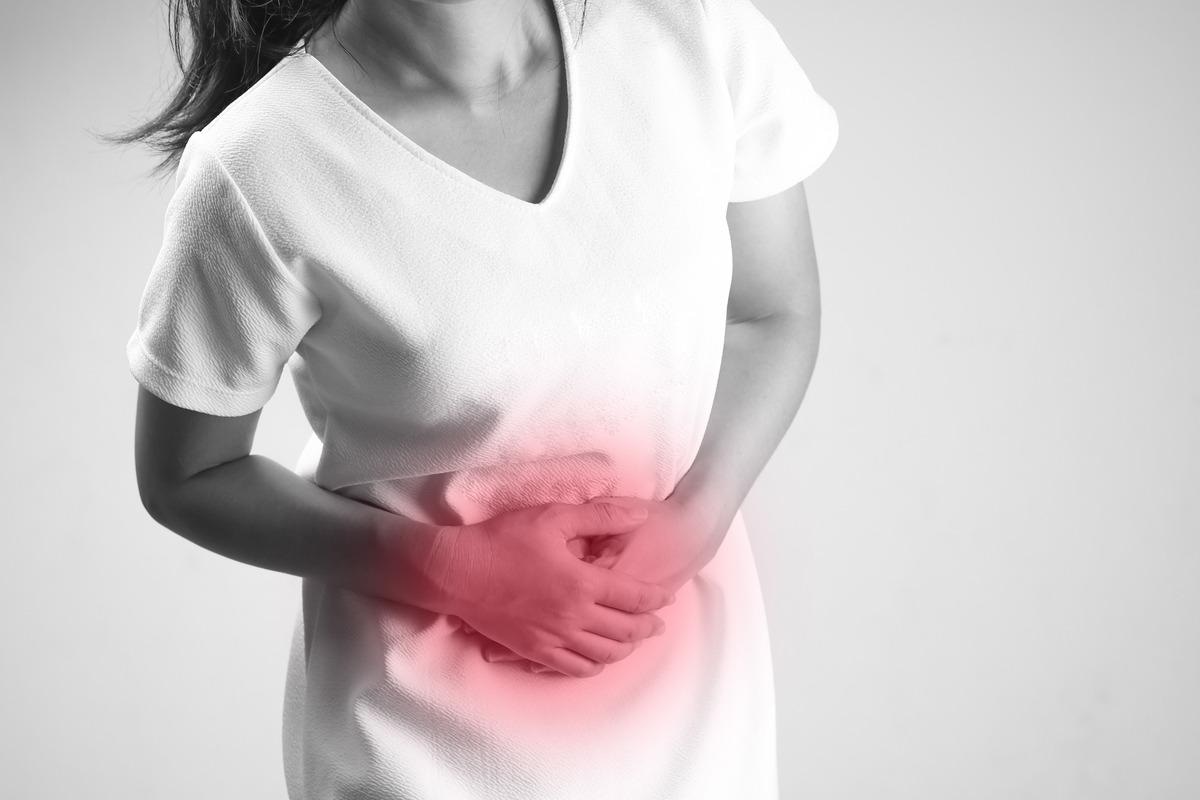 With modern life’s high speed and high-stress levels, it is not surprising that psychosomatic disorders are on the rise. Especially common are gut disorders like irritable bowel syndrome (IBS) that have been linked to aberrant gut-brain axis communication – abdominal pain-related disorders of gut-brain interaction (AP-DGBI).

A recent paper summed up what is known about the factors predisposing to this class of illness, which tend to cause its prolongation. Reviewing almost 350 studies, the authors of this paper, published in the journal Gastroenterology, teased out the most common risk factors for AP-DGBI in adults and children.

DGBI, also called functional disorders of the gut, comprise a range of bowel symptoms relating to gut motility, visceral sensitivity, intestinal wall permeability, the neuroendocrine function of the gut, gut-related immune activation, and dysbiosis. The category of AP-DGBI includes IBS, functional dyspepsia (FD), recurrent abdominal pain (RAP), and centrally mediated abdominal pain syndrome. The first of these is perhaps the best-known, with up to one in ten people suffering from it worldwide.

While a distinct subset of IBS patients can trace it to a prior bout of acute gut infection (post-infection IBS, PI-IBS), other risk factors are not so easily associated. The current study covered relevant articles from 1987 onwards, seeking factors that increased or decreased the risk of AP-DGBI in adults and children.

What did the study show?

As suggested by earlier studies, infectious gut disease was a risk factor for adult AP-DGBI, pushing up the risk by almost four-fold. A history of frequent diarrhea, vomiting and high somatization scores were all associated with high odds of PI-IBS, with the prevalence over the succeeding year being significantly higher in these patients. Persistent symptoms were also linked to gastroenteritis, and one study found that those with a higher water intake prior to an outbreak of Giardia had higher chances of AP-DGBI.

Among children, one study of five did not find a link with gastroenteritis, and one looked only at rotavirus infection. Overall, the odds for AP-DGBI were almost three-fold following gastroenteritis.

The authors found that females were at approximately 50% higher risk, except in Asian studies. However, the persistence of disease was not associated with either sex. In children, females also showed the same predisposition to these conditions, initially and over the long term.

Not much was clear about ethnic or racial risk, but Western adult individuals seemed to show a higher risk for symptom persistence than Middle Eastern or African studies. A family history of IBS was linked to a 2.7-fold higher prevalence of adult-onset IBS, and when gut symptoms were present in the family, persistent IBS was more likely. These were not true for adoptive families.

Monozygotic twins had a higher rate of concordant AP-DGBI than dizygotic twins in four of five twin studies. Among children, non-whites seemed to have a higher risk of RAP at age 12.

The body mass index (BMI) was associated with a higher risk in several studies, with an increase of 30% compared to non-obese. However, at least half the studies showed no association. When a mean BMI was used, most studies did not indicate any linkage with AP-DGBI, but a few showed a higher risk with lower BMI, though both such studies were from Asia.

Most studies found an association with dietary allergies or hypersensitivities, food intolerance, and avoidance behaviors. However, only one used skin prick and serologic testing to confirm the presence of food allergies.

A large Danish study with a five-year follow-up failed to find any link between coffee consumption and persistent symptoms, but not an American study. Dietary factors were not properly studied in children, leading to inconclusive findings.

Parents with higher mental distress had children with RAP more often, and the mothers had higher mental ill-health scores as judged by anger, hostility, negative life events, poor functioning of the family, pregnancy-related illness, and post-partum depression. Anxiety and hypochondriasis were more common in either parent. Many of these factors were also implicated in the persistence of RAP among children, especially maternal depression and somatization scores.

Children with a history of trauma and abuse were at a twofold risk, including if they had fallen very sick or had serious accidents or a death in the family. However, having a close support system reduced this risk. Childhood abuse, emotional or verbal, puts them at higher risk, though the former mediated the risk.

Children suffering emotional neglect were also at greater risk, as were those sexually abused in childhood, showing twice the risk of adult AP-DGBI. The effects appear to be mediated by psychological distress. There was less evidence for the effect of adult abuse, sexual, emotional, or physical, with the majority of studies failing to offer support for an increase in risk.

Anxiety and depression were more common among AP-DBGI patients, with almost 60% having psychiatric symptoms. The latter could well be the result of the abdominal pain; however, one study showed that 12 years later, IBS patients were more likely to have developed depressive symptoms compared to the baseline.

In particular, AP-DGBI appeared to be linked to anxiety about health, and hypochondriac individuals, as well as those with a more acute sensitivity to physical sensations in a negative manner, were at higher risk for such conditions. Among children, a history of anxiety and depression before seven years of age was linked to a more than twofold risk. A family history of anxiety, depression, and substance abuse had added impact, doubling the risk.

The presence of anxiety predicted a 3-6-fold increase in persistent symptoms, especially when the anxiety was present at the time of an acute gut infection, heralding persistence for up to 8 years, while those who were less anxious at the beginning were more likely to describe improvement at five years. This was true of children, with those who reported resolution being four-fold less likely to have depression or anxiety at baseline than those with persistent symptoms.

Neurotic, pessimistic individuals were at higher risk, as were those who found it difficult to express or identify their emotions. Poor resilience, a tendency to please others and seek others’ approval, or needing to meet others’ demands, were also risk factors. A good social support network, an optimistic personality, and active coping protect against these disorders.

Stressful events, war exposures, including the fear of being killed or of seeing others killed or wounded, were associated with a higher risk of AP-DGBI in early childhood and adult life. Wartime stressors continued to show a link to such symptoms after 16 years. In most studies, daily stress was another contributor to the incidence and persistence of such conditions.

While this relationship was observed in adolescents and adults, it was not uniform in children, though persistent disease in this subset was linked to more negative stressors.

Finally, bodily symptoms like headache, tiredness, and backaches were predictive of a higher risk, with a four-fold increase in symptom scores in individuals with AP-DGBI. In children, too, this relationship was observed. Smoking carried a small increase in the risk.

What are the implications?

The current study carries forward what is known about the risk of AP-DGBI conferred by various factors such as sex, infectious gastroenteritis, trauma, abuse, stress, psychological factors, somatic symptoms, family history, smoking, and drug abuse. Obesity appears to play a role, though more research is required to evaluate this risk.

The steep increase in risk with past infection and with stress or abuse is remarkable for their consistent identification across studies. “Such findings support the need to consider the patient’s history of psychological distress and somatic symptom severity in health care seeking behavior and symptom management for AP-DGBI.”

Studies among children were less numerous, and very few addressed protective factors or persistence of symptoms. The authors comment, “These are important gaps in the literature considering that approximately one in four children with RAP will evolve into adults with IBS. A better understanding of the protective and risk factors in pediatrics could not only improve the quality of life of children and families but also help prevent the progression of symptoms into adulthood.”

Comforting Your Child in the Emergency Room
How to Get Kids to Listen (without yelling, bribing, or threatening!)
2 SUPERB WALL HANGING IDEAS USING COLOR PAPER AND PLASTIC BOTTEL CAPS | BEST OUT OF WASTE
Fantastic Clay Pottery Tricks
Experts aim to relieve children from the side-effects of cancer treatments